Youth and Media Call to Action for the AU Year of Nutrition and Food Security.

bringing voices together for better action, media and youth have teamed up to call for better action towards ensuring a successful African union year of nutrition and food security, the call was made during an awareness and orientation session on the African Union Year of Nutrition for youth and the Agenda 2063 Media Network. a recent convening by African youth and media in Accra, Ghana.

“It is time we moved the needle on nutrition. We must ensure awareness of the importance of nutrition at the community level,” was the preamble to the call to action developed by the African Youth and Media in Accra, Ghana.

The session was convened by the African Union Development Agency-NEPAD, in collaboration with the Youth Consortium and the Southern Africa Youth Forum (SAYoF) and the University of Health and Allied Sciences in Ghana.

“We have to think smart and act smart. Nutrition must be on the agenda for development, also as pinnacle to youth development,” said Boitshepo Giyose, Senior Nutrition Advisor to the AUDA-NEPAD Chief Executive Officer.

“This comes in against the recognition that Africa’s share in the world’s undernourished population decreased from 35.5 percent in 1990 to 22 percent in 2019. However, this alarming rate still calls for stronger efforts to improve food security and nutrition in the continent,” Ms Giyose said.

Youths and media developed a call to action, aimed at strengthening resilience in nutrition and food security in Africa. The call is being made on Governments, Regional Economic Communities, youth, civil society, media, financial Institutions, traditional and religious institutions, academia, private sector, sports personalities, and individuals to effectively participate and contribute to the improvement of nutrition and food security in the continent.

Speaking on behalf of SAYoF, Misheck Gondo said the call to action is important since “Food security and nutrition are important elements of individual resilience, but they can also enhance the resilience of whole economies by improving the health and productivity of individuals.”

Kefilwe Roba Moalosi, AUDA-NEPAD’s Senior Nutritionist acknowledged the importance of the role played by media and youth in advocacy and reminded participants of the need to strengthen local indigenous food systems as a driver for human capital development.

During the awareness and orientation session, an advocacy campaign was also launched, #Youth4Nutrition, which is aimed at rallying more youths and media to champion nutrition and food security in all regions of the continent.

The awareness and orientation session was held to primarily raise awareness and orient media and youth on the AU Year of Nutrition, while expounding on AUDA-NEPAD’s role in nutrition and food security. The session brought together youths and media from all the regions of the continent for engagement towards collaborative and sustainable action on nutrition towards the realisation of Agenda 2063. 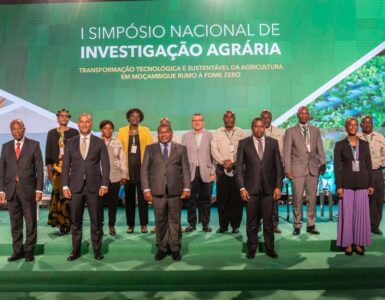